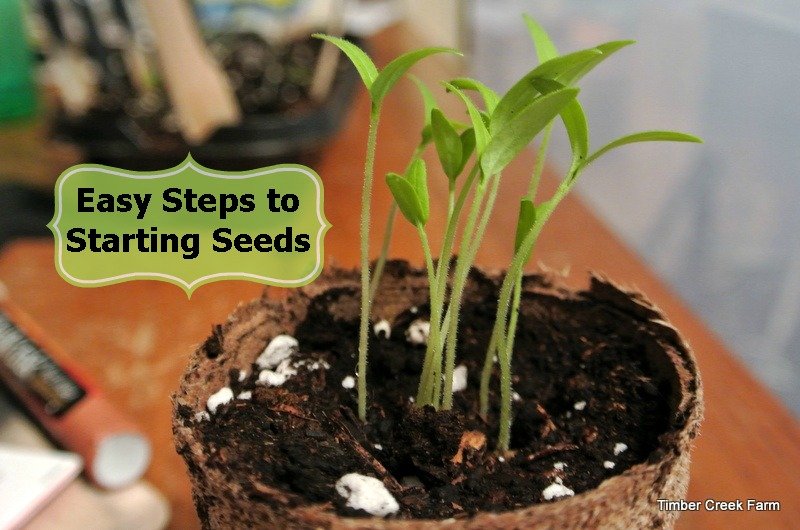 Every year I plan to start seeds indoors to get a jump on the spring veggies. This year, I actually did it! Two weeks ago I gathered all the seeds for early vegetables and the peat pots and soil. Following the idea I learned from reading  a post on Taylor Made Ranch, I planted all the seeds and put the small pots into a large plastic tote. 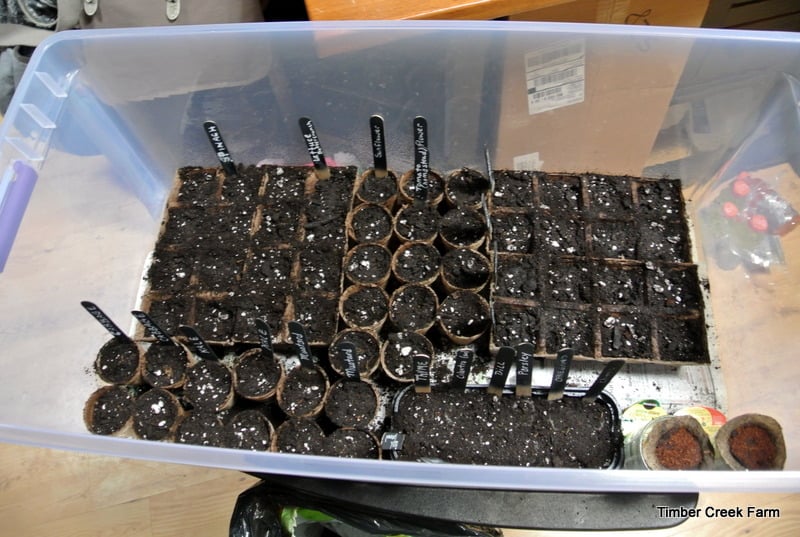 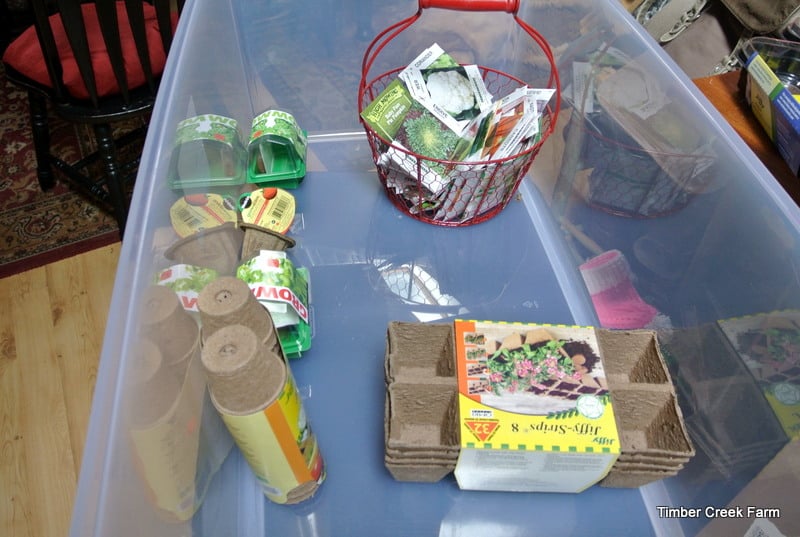 Using a spray bottle, I gave the seeds a drink and put the lid on the container. I placed the  plastic tote on a folding table under a sky light in our home.

Surprisingly, only four days later, I had seeds sprouting. Not all, but a significant number of pots had seedlings popping their green shoots through the soil. 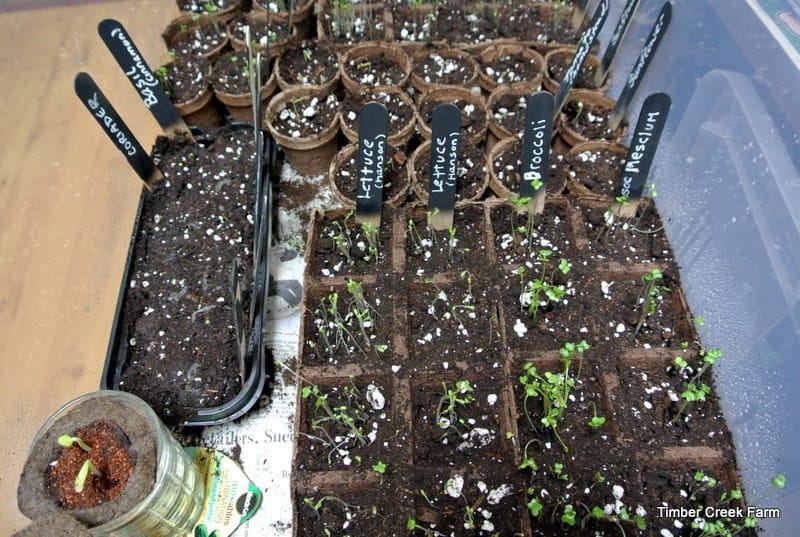 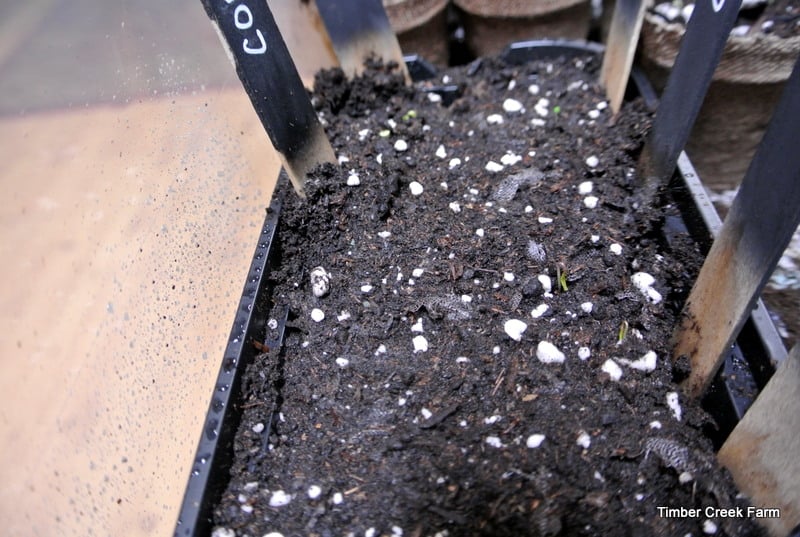 The plant markers were made from large Popsicle sticks spray painted with chalkboard paint. I used a chalk marker but you could also use regular chalk to identify the seedlings. 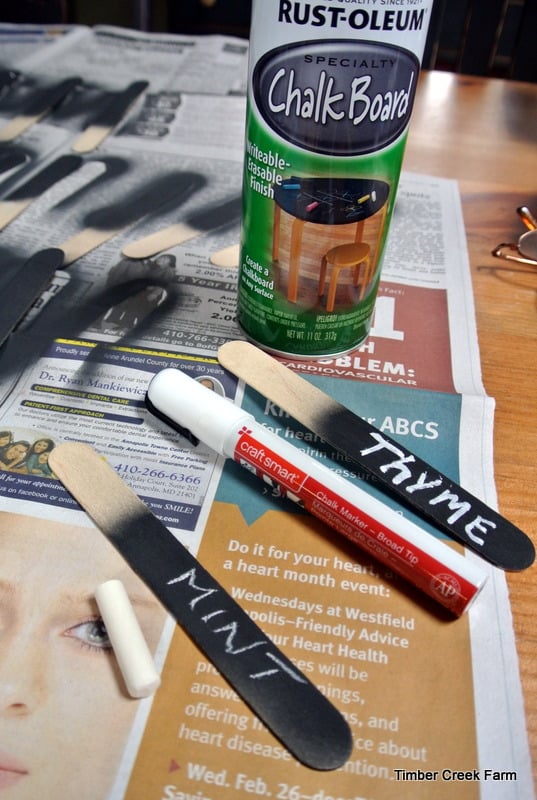 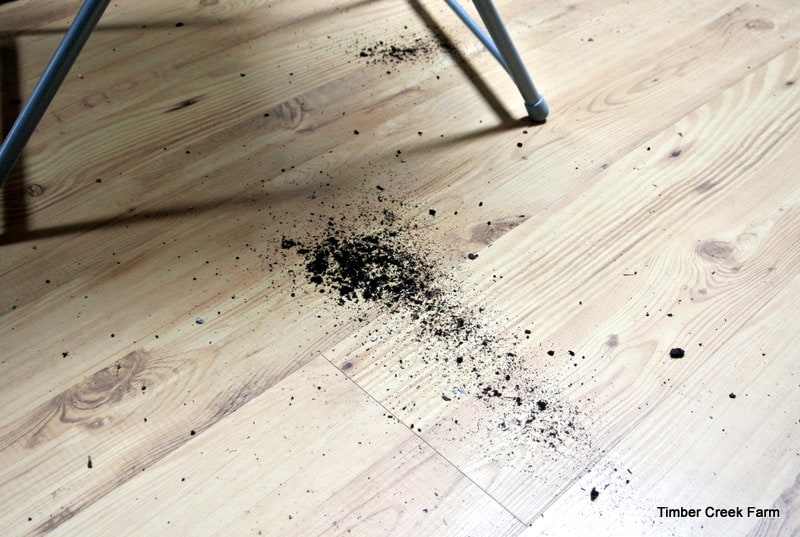 I don’t think I made too much of

But then, something unexpected happened. The seedlings kept growing. The rate of growth was too much and too fast. Most of them became very tall and scraggly, not healthy looking at all. 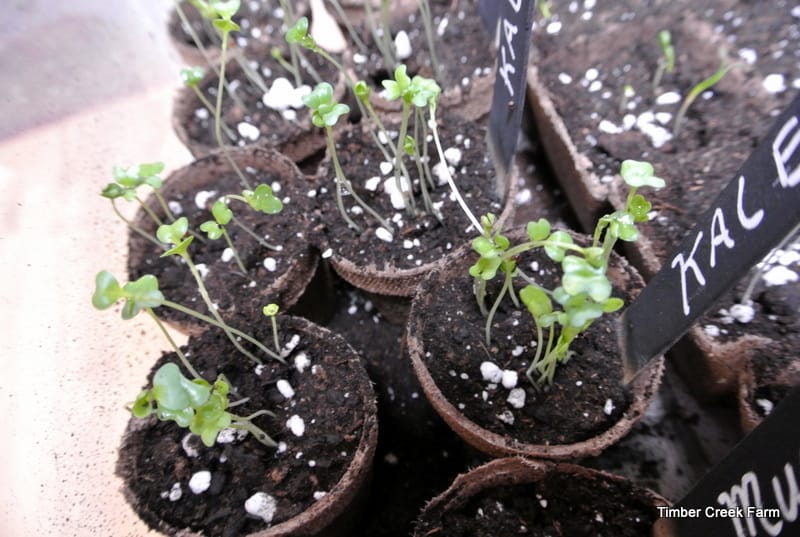 All I can think of , is that these are mostly cool weather plants. Holding them in a warm house with sunlight coming in and being in a plastic tote that became humid was too much heat. I don’t know that I am right though and would love to hear your opinions on this.

The tomato seedlings are looking pretty good and the mint but most will have to be replanted. And I plan to take the lid off the box as soon as I see the seeds start to germinate.