Make a Chicken Coop from a Garden Shed Make a Chicken Coop from a Garden Shed!

The day I brought home the first two chicks, I  went against all the advice I give to people thinking about getting chickens. We had a farm but had no chicken coop or really any plan to build one. But two chicks followed me home from work at a feed store and the future was changed forever. Not long after, twelve more chicks arrived to keep the first two chicks company. We now had fourteen baby chicks growing up in our house but they could not stay there forever. It was very clear that in the near future we were going to need a chicken coop on the farm. 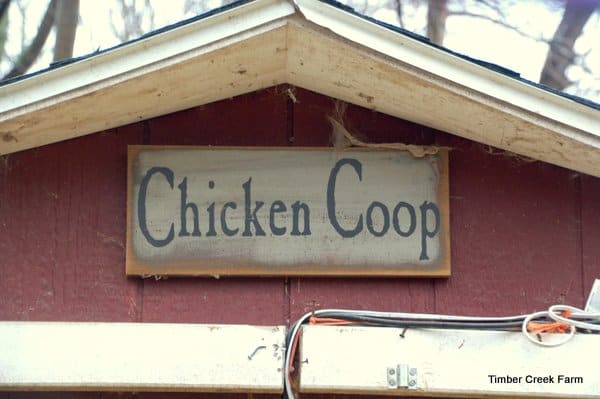 We had two garden sheds in our yard. Downsizing was in order because having two sheds just meant that you saved and held onto twice as much “stuff”. We would use one of the sheds for a coop but first it needed to be emptied and then moved to the barn area. The first step in converting the shed into a coop happens before the shed even arrives. Level the ground and get materials for elevating the coop off the ground several inches. You could use 6 x 6  timbers or cinder blocks. We opted to go with the treated lumber 6 x 6 timbers to raise the coop up from ground level.

There are two main reasons to do this, one is to allow drainage and air flow under the coop and prohibit rotting. The second reason is to deter predators and pests from chewing into the coop from the ground. Inside the coop we spread a layer of cement and let it cure for a couple of days to dry completely. This also deterred rodents from chewing into the coop from the ground level.

Once that prep work is complete it is time to retrofit the shed and turn it into a coop. Some things you will need to add are listed below.

What to Add To a Chicken Coop 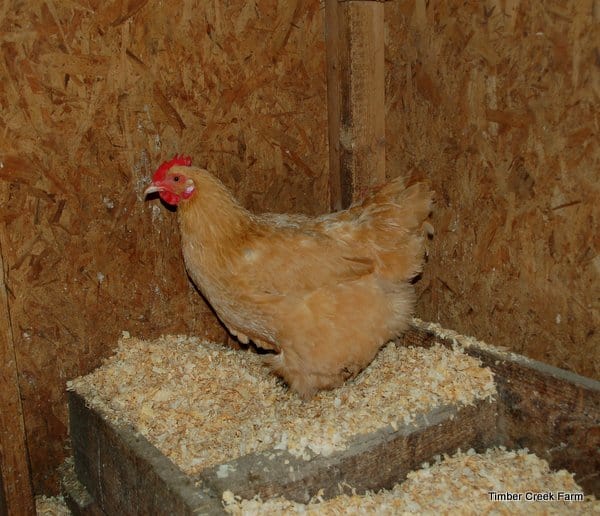 Roosting bar /Roosting area– Many people use a 2 x 4 board as a roost. This should be turned so that the 4 inch side is flat for the chickens to perch on and comfortably cover their own feet with their feathers during cold weather.

Add A Place for Eggs 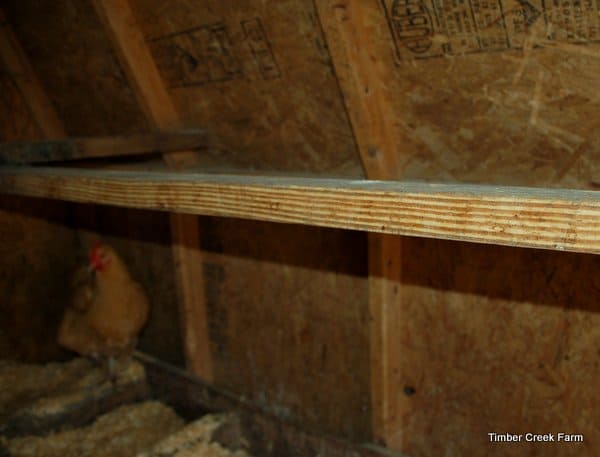 Nesting Boxes–  There are many formulas on calculating how many nest boxes for the number of hens in the coop. I will tell you that no matter how many nest boxes you have, all the hens will wait in line for the same box. Sometimes a few will crowd into one nest area. I recommend having a few nest boxes in the coop but don’t be surprised if one nest  box becomes the popular nest. Be careful to secure the nest box somehow. Nest boxes that are lightweight can tip over, trapping a chicken underneath. 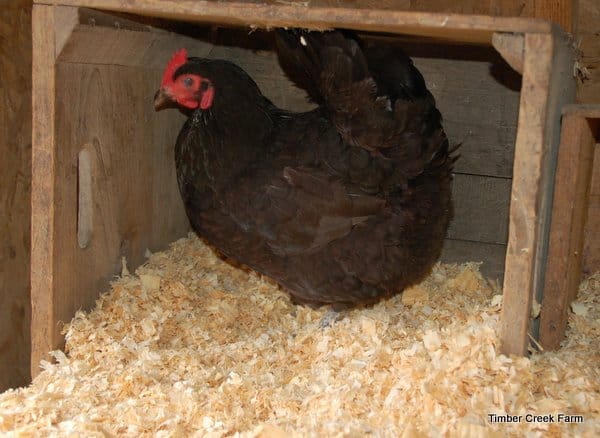 Windows– Our shed did not  have any windows in it. Before we could use it for a coop we added four windows in the back and two windows in the door. This allowed  cross ventilation, and daylight to enter the coop. Since chicken wire will not keep predators out, be sure to securely fasten quarter inch hardware cloth to any windows or ventilation  holes you cut into the coop.

Exterior latches–  We added a couple extra latches in addition to the door handle. We have a wooded property and the racoons are literally everywhere. Racoons have a lot of dexterity in their paws and can open doors and latches. So we have a secure lock down situation for our chickens!

A fan– Hanging a box fan will keep the chickens more comfortable and help with air circulation during the hot humid summer days and nights. We hang ours from the ceiling pointing towards the back windows. It makes a big difference. Be sure to keep the fan clean because dust will build up quickly from being used in the coop, which can become a fire hazard. 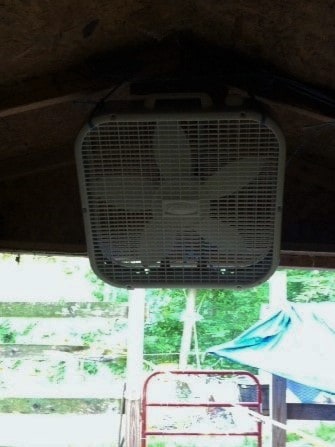 After building the perfect chicken coop from a garden shed, remember that upkeep is needed. Doing routine inspections, and repairs as outlined here, will help you get many years of wear out of the coop.

Droppings board–  When this coop was first used, I didn’t know the importance of a dropping board under the roost bar. Stinky droppings accumulated under where the birds roosted at night, attracted flies and the chickens walked in the droppings! Ick!

The dropping board was very easily added and made a huge difference in keeping the coop clean and free of flies. You can read more specifically about our coop dropping boards in this post. Basically, the board is installed under the roost bar and is removed to clean the droppings off of it. If the board is attached you would use something like a garden trowel or cat litter scoop to clean up the droppings and remove them to the compost pile.

Our coop is not fancy. No frilly curtains, or interior paint. While all of that is fun, your flock will not feel less important if you don’t totally pinterest up the coop. (did you know pinterest could be a verb?) I did paint the one nesting box in a very cute pattern and added lettering that stated “Farm Eggs”. The girls still pooped all over it and decided to peck the lettering off of the top. I still think it would be fun to paint the inside and add some wall art. I’ll add that to this Spring’s To Do List! 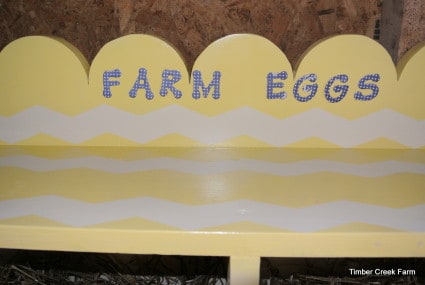 Before the nest box was added to the coop 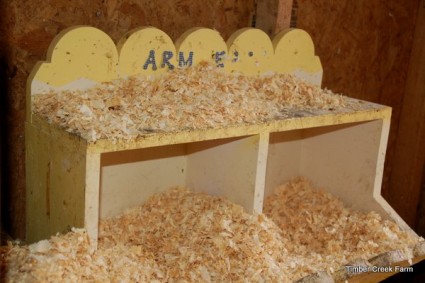 after the nest box was used

I hope you enjoy this short video tour of our chicken coop!

I poured a lot of Do it Yourself Information and detailed step by step projects into my book, 50 Do it Yourself Projects for Keeping Chickens (skyhorse publishing 2018)  You can grab a copy through local bookstores, Tractor Supply stores, Other garden and farm supply stores, and through my website.

How Much Space Does a Chicken Need Anyway

Raising Chickens on a Budget